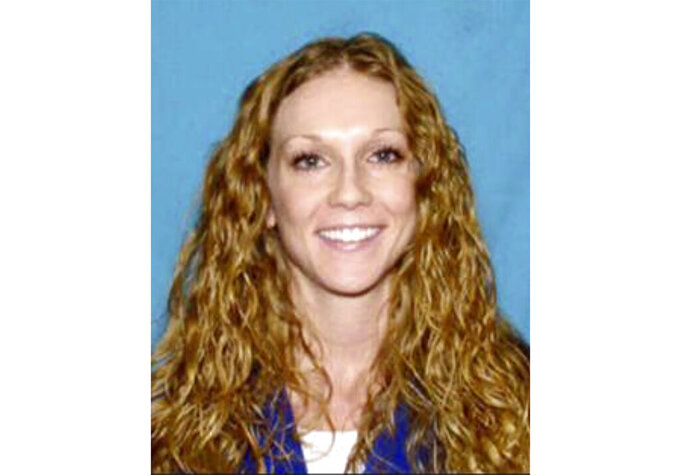 Uncredited, ASSOCIATED PRESS
FILE - This undated photo provided by the U.S. Marshals Service shows Kaitlin Marie Armstrong. A Texas judge on Wednesday, Nov. 9, 2022, refused to throw out statements made to police by Armstrong, who is accused of killing professional cyclist Moriah “Mo” Wilson, and set the case for trial in June 2023. (U.S. Marshals Service via AP, File)

AUSTIN, Texas (AP) — A Texas judge on Wednesday refused to throw out statements made to police by the woman accused of killing professional cyclist Moriah “Mo” Wilson and set the case for trial in June 2023.

State District Judge Brenda Kennedy said police did not violate the rights of suspect Kaitlin Armstrong when they continued to question her even after she asked if she should have an attorney present. The judge determined Armstrong didn’t have a constitutional right to counsel at that point because she was not under arrest.

Armstrong's attorney did not immediately respond to an email request for comment.

Wilson, 25, was found shot to death at an Austin home on May 11 and investigators have alleged she and 34-year-old Armstrong may have been romantic rivals. Police have said Wilson previously dated Armstrong’s boyfriend, cyclist Colin Strickland, who has cooperated with investigators and is not a suspect.

A competitive gravel and mountain bike racer and Vermont native, Wilson had been in Austin for a race she was among the favorites to win.

After speaking with investigators, Armstrong fled the country, prompting a 43-day search that ended with her arrest at a beachside hostel in Costa Rica on June 29.

Authorities said she had tried to change her appearance and used several aliases as she moved around Costa Rica while trying to set herself up as a yoga instructor there.