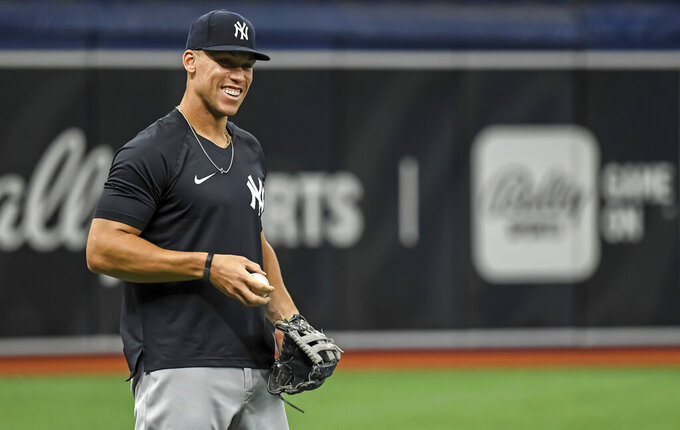 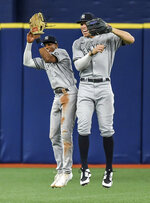 Although there was no announcement on why Judge was taken out of the lineup, he pinch-hit in the fifth inning and struck out.

The right fielder was reinstated from the COVID-19 injured list before Tuesday night's game with the Rays and went 1 for 4. He also was hit by a pitch in the Yankees' 4-3 win.

Judge, placed on the IL on July 16, appeared in the dugout with his helmet in the fifth.

Estevan Florial was called back from the on-deck circle after Greg Allen doubled, which advanced Gio Urshela to third with no outs, and the Yankees trailing 1-0.

Judge struck out swinging on a 3-2 pitch from Michael Wacha. He remained in the game in right field.