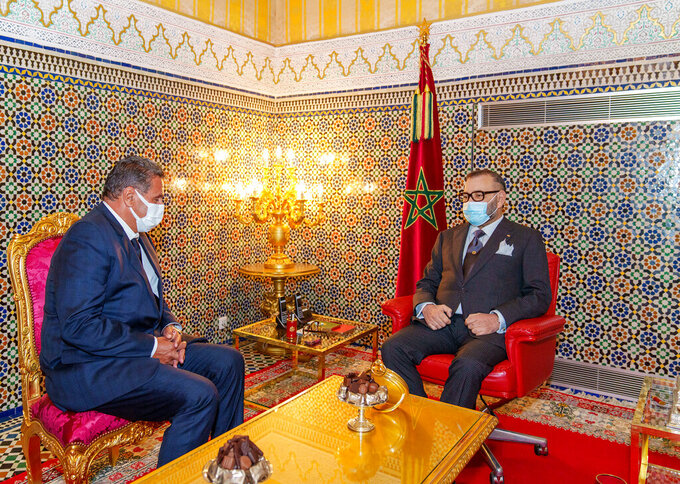 Uncredited, ASSOCIATED PRESS
In this photo released by the Royal Palace, Morocco's King Mohammed VI, right, receives Aziz Akhannouch the president of the National Rally of Independents party (RNI), winner of the legislative elections at the Royal Palace in Fez, Morocco, Friday, Sept. 10, 2021. The monarch has charged the new head of state to constitute the new government. (Moroccan Royal Palace via AP)

RABAT, Morocco (AP) — Morocco’s King Mohammed VI has named Aziz Akhanouch of the liberal National Rally of Independents Party, or RNI, as the country’s new prime minister and tasked him with forming a government.

The new prime minister said following his meeting with the king that he will begin negotiations with potential coalition partners in order to form a government.

This will not include the PJD, whose leadership resigned en masse after losing the elections to the RNI, which took over a quarter of all seats.

A former agriculture minister, Akhanouch is a billionaire and one of Morocco’s richest men.