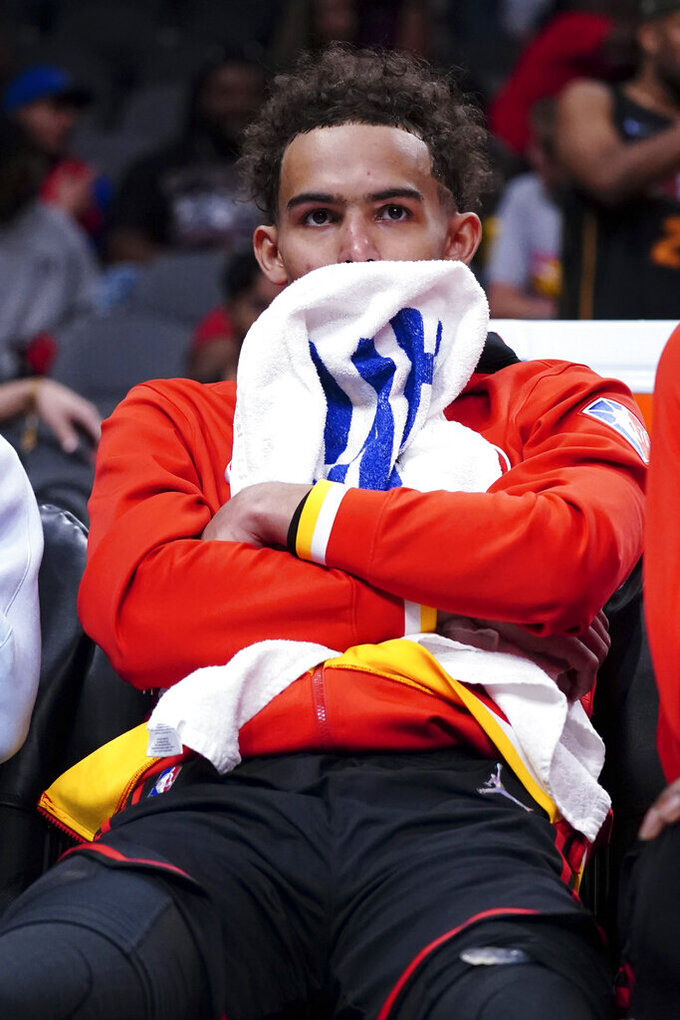 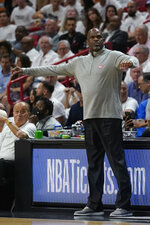 Ressler says the Hawks won't stand pat this offseason — even if that means paying a salary tax.

The Hawks returned a young core led by Trae Young and John Collins from the team that was eliminated by the Milwaukee Bucks in last season's Eastern Conference finals. Ressler says he believed the team would improve just based on experience.

Instead, the Hawks escaped the play-in tournament with the No. 8 seed before losing to the Miami Heat in five games in the opening round of the playoffs.

“We thought we’d be better this season,” Ressler said Thursday. “We plan to get better this offseason.”

Ressler said too much stock was placed on last year's surprising postseason run. General manager Travis Schlenk's only significant deal during the season was trading forward Cam Reddish to the New York Knicks for Kevin Knox, who rarely played, and a protected first-round draft pick.

“I think if you asked our front office they would say that we thought based on last season’s visit to the Eastern Conference finals, that we could bring back predominantly the same team and get better and expect it to be better,” Ressler said. "I don’t think that worked out the way we thought.

"So yes, I think we should have tried to get better rather than bring back what we had. That won’t happen again, by the way. It was a mistake, in my opinion."

Ressler said he has “enormous confidence” in Schlenk and coach Nate McMillan while adding that he, the GM and coach “all underperformed” this season.

Ressler's frank appraisal is an endorsement of a plan to shake up the roster for next season. It's possible any player other than Young could be available in a trade.

Ressler also was candid in saying he's open to paying for new players, even if that means also paying a payroll tax. He amended his past statement that he'd be open to paying the tax only if the team was a championship contender.

“Going into the tax does not scare us,” Ressler said.

“Going into the tax is not, in my view at least, only possible if we are competing for a championship in that season. Our job is to go into a tax when it’s good business, to position ourselves for greatness. ... We do not fear spending money. We fully expect Atlanta to be a truly attractive marketplace for whomever considers playing here. Money is not going to be our obstacle.”

Led by Young, the Hawks boasted a high-scoring offense but ranked among the league's worst defensive teams. Re-signing backup point guard Delon Wright, one of the team's top defenders and an unrestricted free agent, could be a priority.

Based on Ressler's call for change, the Hawks can be expected to pursue help elsewhere.

Asked if the team needs another star to join Young, Ressler said “I think every team in the NBA should add a superstar whenever they can, and I promise you we’re no exception.”