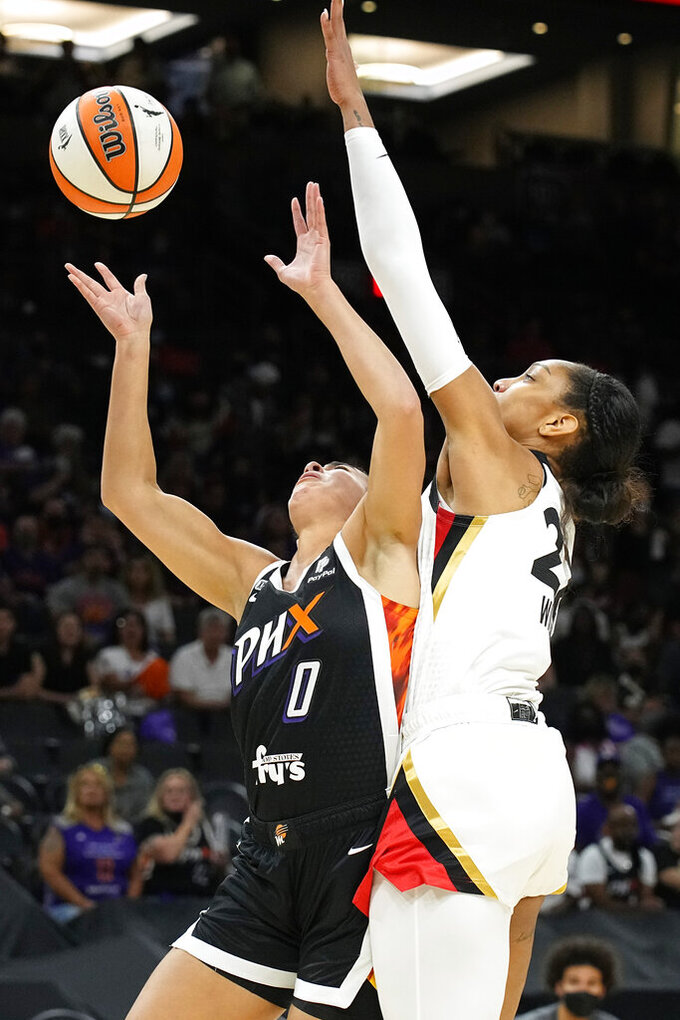 Rick Scuteri, ASSOCIATED PRESS
Las Vegas Aces forward A'ja Wilson (22) blocks a shot by Phoenix Mercury guard Kia Nurse during the first half of Game 4 of a WNBA basketball playoff series Wednesday, Oct. 6, 2021, in Phoenix. Nurse was hurt on the play and did not play again in the first half. (AP Photo/Rick Scuteri)

PHOENIX (AP) — Phoenix Mercury starting wing Kia Nurse will miss the remainder of the playoffs after tearing her ACL in Game 4 of the WNBA semifinals.

The Mercury announced an MRI revealed the tear Friday, a few hours before the Mercury faced Las Vegas with a spot in the WNBA Finals on the line.

Nurse was injured 39 seconds into the game in Phoenix when she went down hard after getting her shot blocked by A'Ja Wilson. The Aces went on to win the game 93-76 to force a decisive Game 5 in Las Vegas.

Phoenix also was without guard Sophie Cunningham after she strained her calf in Game 3.

Nurse started all 32 games during the regular season, averaging 9.5 points and 3.5 rebounds.