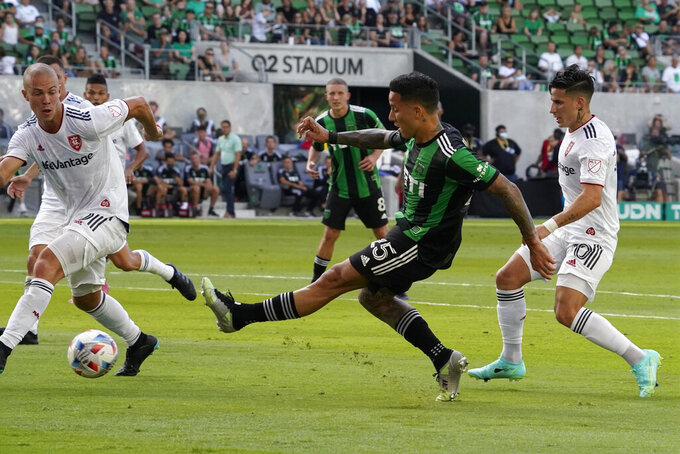 WASHINGTON (AP) — Brazilian winger Luiz Araújo has a $3.6 million base salary after joining Atlanta from Lille and has total compensation of $3,941,667, the highest among players to join Major League Soccer teams during the 2021 season.

Argentine forward Sebastián Driussi, who signed with Austin from Zenit St. Petersburg, had the second-highest pay among the midseason signings with a base salary of $2,571,420 and total compensation of $2,688,420, according to figures released Wednesday by the Major League Soccer Players Association.

They were the only players to join the league at midseason with seven-figure pay.

Forward Bobby Wood was the highest-paid American to join the league during the season when he signed with Salt Lake after leaving Hamburg. The 28-year-old, a past member of the U.S. national team, has a $875,000 base salary and $968,161 in total compensation.

Geoff Cameron, a 36-year-old defender who also used to be on the U.S. national team, has a $336,000 base salary and $389,667 in total compensation after joining Cincinnati from Queens Park Rangers.