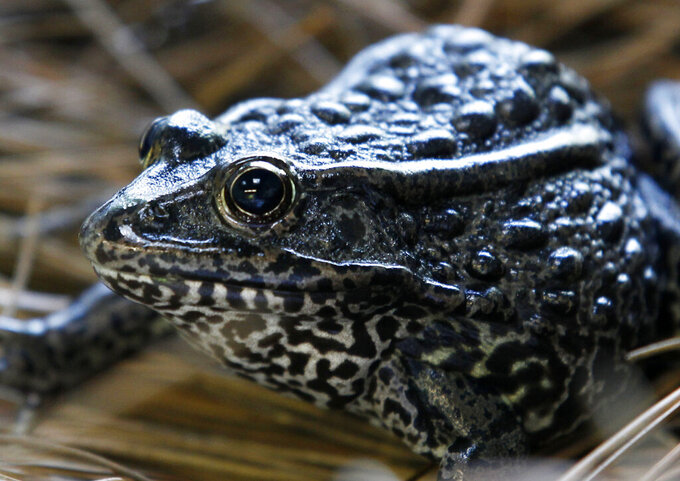 The proposal to drop the two Trump-era rules by the U.S. Fish and Wildlife Service and National Marine Fisheries Service is part of a broad effort by the Biden administration to undo regulations that Democrats and wildlife advocates say favored industry over the environment.

The designation of lands and waters as critical for the survival of vulnerable species can limit mining, oil drilling and other development. That's made the designations a flashpoint for conflict between environmental and business interests.

The Trump administration changes had backing from an array of industry groups that said economic impacts had not been given enough consideration in past U.S. government wildlife decisions. Those groups ranged from livestock and ranching organizations to trade associations representing oil, gas and mining interests.

Biden administration officials acknowledged in documents published to the federal register that in canceling Trump's rules, they were adopting views that federal wildlife agencies rejected just months ago.

But the Biden administration officials said a reevaluation of the Trump policies showed them to be “problematic” because they limited the government's ability to advance conservation by protecting areas where plants and animals are found.

Assistant Secretary for Fish and Wildlife and Parks Shannon Estenoz said the proposal would bring the endangered species law “into alignment with its original intent and purpose — protecting and recovering America's biological heritage for future generations.”

Westerman and other Republicans said they were introducing legislation to make the Trump rules permanent. That stands little chance of passing while Democrats remain in control of the House and Senate.

The rule changes under Trump were finalized during his last weeks in office, meaning they've had little time to make a significant impact. No new critical habitat designations have been affected by the rules since they went into effect in January, Fish and Wildlife spokesperson Brian Hires said.

One allows the government to deny habitat protections for endangered animals and plants in areas that could see greater economic benefits from development. Democratic lawmakers and wildlife advocates complained that would potentially open lands to more drilling and other activities.

The other rule provided a definition of “habitat” that critics charged would exclude locations species might need to use in the future as climate change upends ecosystems.

In that case, a unanimous court faulted the government over how it designated “critical habitat” for the 3 ½-inch-long (8.9-centimetre-long) frogs that survive in just a few ponds in Mississippi.

The issue arose after a timber company, Weyerhaeuser, sued when land it owned in Louisiana was designated as critical in case the frogs returned there in the future.

Trump officials described the changes as giving more deference to local governments when they want to build things like schools and hospitals.

But the rules allowed potential exemptions from habitat protections for a much broader array of developments, including at the request of private companies that lease federal lands or have permits to use them. Government-issued leases and permits can allow energy development, grazing, recreation, logging and other commercial uses of public lands.

Environmentalists who have urged Biden to reverse Trump's conservation policies said dropping the habitat rules marks a major step toward that goal.

”You really can’t save endangered species without protecting the places they live or need to live,” said Noah Greenwald with the Center for Biological Diversity.

Still pending, he said, are expected changes to a Trump-era a rule that reduced protections for wildlife categorized as threatened with extinction, a less urgent protection status than endangered.

Animals potentially affected by the changes include the struggling lesser prairie chicken, a grasslands bird found in five states in the south-central U.S., and the rare dunes sagebrush lizard that lives among the oil fields of western Texas and eastern New Mexico, wildlife advocates said.