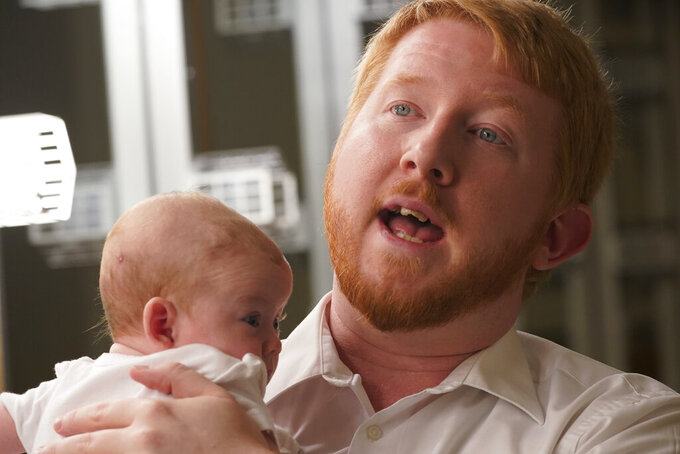 RICHMOND, Va. (AP) — Virginia's Democratic voters will pick their party's nominees for this year's three statewide races in Tuesday's primary election, and both parties will settle on nominations for the House of Delegates and local seats.

The results, particularly in the marquee gubernatorial primary, will be closely watched around the nation. The Commonwealth's off-year elections typically draw outsized attention as a possible bellwether for national trends heading into next year's midterms.

Virginia Republicans, looking to break losing streak that has lasted more than decade statewide races, chose their nominees for the top of the ticket in a multi-site convention process in May. But most of the GOP nominations for House of Delegates seats will be settled Tuesday.

Voters in some localities will also choose their nominee for local races, like sheriff and commonwealth's attorney.

Early voting has been underway since late April. Would-be voters must already be registered to vote in order to cast a ballot.

Virginia's voter ID law was repealed last year, so people casting a ballot can sign an ID confirmation statement instead of providing ID.

Here is a look at what will be settled Tuesday:

Democratic voters will decide whether they want former Gov. Terry McAuliffe to return for another term or whether they think one of his four opponents is the best pick to take on GOP nominee Glenn Youngkin.

McAuliffe, a longtime fixture of Democratic politics and a prodigious fundraiser, has been seen as the heavy favorite in the race. Polling has generally shown him with a commanding lead, he's got a big money advantage, and he locked up endorsements from top officials around the state.

Two of his opponents, state Sen. Jennifer McClellan and former Del. Jennifer Carroll Foy, are running what could be history-making bids. If either wins the general election, they would be Virginia's first female governor and the nation's first Black female governor.

Also in the race are Del. Lee Carter, a self-described socialist who is well to the left of the pack, and Lt. Gov. Justin Fairfax, whose campaign momentum has been blunted by two unresolved allegations of sexual assault raised in 2019 that he strenuously denies.

Gov. Ralph Northam, like all Virginia governors, is prohibited from seeking a second consecutive term.

Six Democrats are hoping for a chance to serve as lieutenant governor, a mostly ceremonial job that pays about $36,000 a year but is often a steppingstone to higher office.

Sam Rasoul, who has represented Roanoke in the House of Delegates since 2014, has a fundraising lead and is seen in some corners as the frontrunner. Most of the Democratic establishment, though, has coalesced around two-term Del. Hala Ayala, who represents Prince William County.

The winner will face GOP nominee and former Del. Winsome Sears, who 20 years ago became the first Black Republican woman elected to the Virginia General Assembly.

Sears, who came to the U.S. from Jamaica as a child and served in the Marines, served a single term representing parts of Hampton Roads in the House.

Incumbent Mark Herring is seeking a third term, looking to fend off a challenge from Jay Jones, who represents Norfolk in the House of Delegates.

A former state senator who became attorney general in 2014 and was reelected easily in 2017, Herring has pitched himself to voters as a progressive champion on abortion rights, gun control and immigrant-friendly policies and argued that his experience made him the best choice to keep the office in Democratic control.

Jones, a Black 32-year-old two-term delegate, has argued the office needs a fresh perspective and sought to cast Herring as slow to respond to the reckoning sparked by the police murder of George Floyd last summer.

Jones picked up Northam’s endorsement, but many other establishment Democratic figures, including two of the state’s most powerful Black lawmakers, have endorsed Herring.

The winner of the primary contest will face GOP nominee Jason Miyares, a former prosecutor and a member of the House of Delegates who so far has been campaigning with a focus on public safety.

Voters will choose nominees in dozens of House primaries, settling the field of candidates for a fall general election shaping up to be intensely contested. Democrats will be on defense in November, attempting to hang on to their majority.

In the primary, Democrats have an unusually high number of intra-party challengers — 14 — while only three Republicans incumbents have opponents.

Both parties say they are confident their incumbents will do well.