The Latest: Pence to be in Minnesota on Monday after all 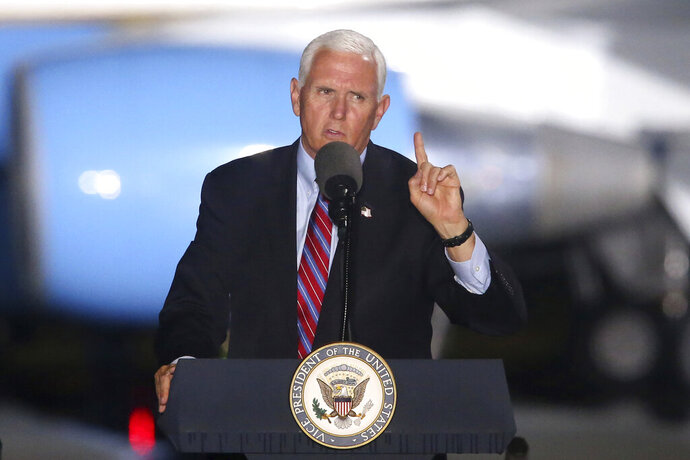