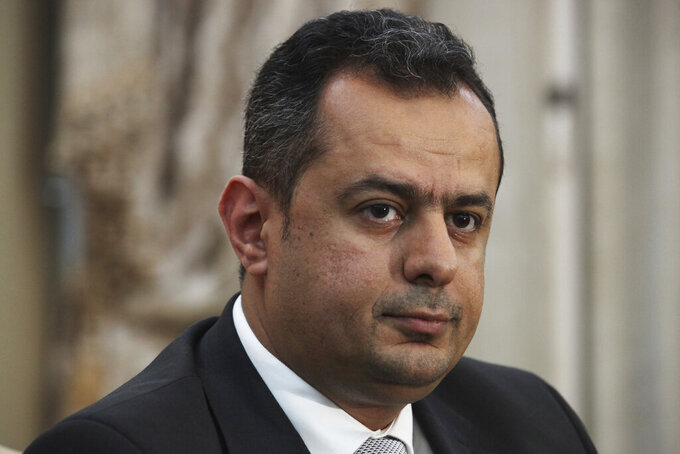 SANAA, Yemen (AP) — The U.N. special envoy for Yemen met Tuesday with the prime minister of the country’s internationally recognized government in the port city of Aden, officials said.

Hans Grundberg landed in Aden in his first visit to the war-scarred country since taking up his post last month, according to the U.N. mission in Yemen.

He met with Prime Minister Maeen Abdulmalik Saeed in Mashiq Palace, the mission said in a tweet. Aden serves as interim capital since the civil war erupted seven years ago.

They discussed the latest political developments, and the U.N. envoy reiterated the importance of the Riyadh Agreement, which ended the fighting between government forces and United Arab Emirates-backed southern separatists, the mission said.

Grundberg also met with Aydarous al-Zubaidi, the head of the separatists’ Southern Transitional Council, according to the council.

“It is imperative that all efforts are directed towards revitalizing a political process that can produce lasting solutions that meet the aspirations of Yemeni women and men,” Grundberg said at the time.

The U.N. envoy's efforts come amid an escalation in fighting around the crucial city of Marib, which the Houthi rebels have been trying for months to capture from government forces.

Yemen has been convulsed by civil war since 2014, when Iran-backed Houthi rebels took control of the capital of Sanaa and much of the northern part of the country, forcing Hadi’s government to flee to the south, then to Saudi Arabia.

A Saudi-led coalition entered the war in March 2015 backed by the United States to try to restore Hadi to power and threw its support behind his internationally backed government.

The war has killed more than 130,000 people and spawned the world’s worst humanitarian crisis.