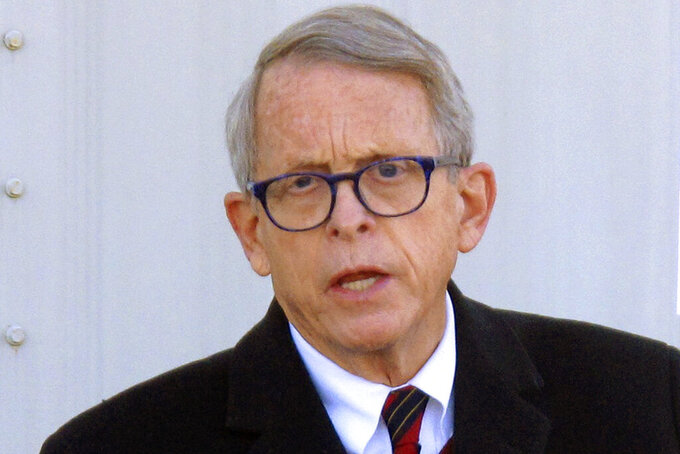 COLUMBUS, Ohio (AP) — Ohio doubled the amount of money for its new Vax-to-College program Friday to $2 million and plans to expand the age range to include children 5 years and older once the vaccine is authorized for them at the end of the month.

“This is the time for younger Ohioans to get the facts, and to make the choice to get the COVID-19 vaccine to help protect themselves and others,” Dr. Bruce Vanderhoff, the state health director, said during a press conference.

The announcement comes as health officials across the state have been sounding the alarm on the rate of younger patients becoming sick and hospitalized with COVID-19. The overwhelming number of those patients are unvaccinated.

Vanderhoff detailed the changes in the new program, in an effort to boost the number of vaccinations, which include increasing the number of $10,000 scholarships to 150 and hopes to expand the age group to include younger Ohioans.

Unlike the Vax-a-Million program introduced in the spring, winners can put the money toward anything from college to trade school to other advancement opportunities.

The program had initially been targeting residents ages 12-25 who received the coronavirus vaccine but are now awaiting the FDA emergency use authorization for the Pfizer shot expected in late October to include 5 to 11-year-olds.

In addition to the $10,000 prizes, the opt-in program will also give five Ohioans the grand prize of $100,000 to use at the Ohio college, university, technical/trade school, or career program of their choice.

Residents are encouraged to enter only after having received at least one dose of the vaccine. Drawings for the lottery were initially planned for mid-October but are now postponed until the FDA authorization.

Ohio Gov. Mike DeWine had launched the nationwide movement to offer financial incentives to individuals to receive the vaccine in May with Ohio’s Vax-a-Million program, a lottery that awarded five $1 million prizes to adults and five full-ride college scholarships to children.

While the program generated excitement, it resulted in only a temporary rise in vaccinations before numbers fell again. In July, the governor suggested he might launch a more modest statewide incentive program, then put the idea on hold to urge the FDA to grant COVID-19 vaccinations full approval.