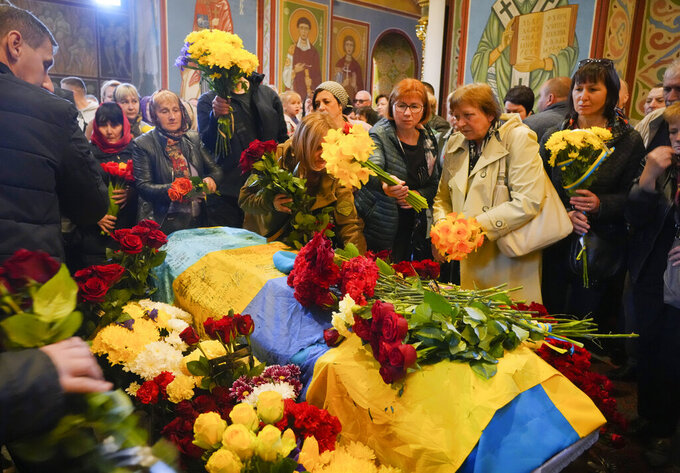 From Belarus President Alexander Lukashenko in an interview with The Associated Press at the Independence Palace in Minsk, Belarus, to Britain’s Emma Raducanu powerfully returning the ball against Marta Kostyuk of Ukraine during their match at the Mutua Madrid Open tennis tournament in Madrid, Spain, to Rob Munday, creator of the first officially commissioned 3D/holographic portrait of Britain’s Queen Elizabeth II in 2004, unveiling a previously unseen portrait of the monarch to celebrate the Platinum Jubilee, in London, this photo gallery highlights some of the most compelling images from around the world made or published by The Associated Press in the past week.

The selection was curated by AP photo editor Pamela Hassell in New York.