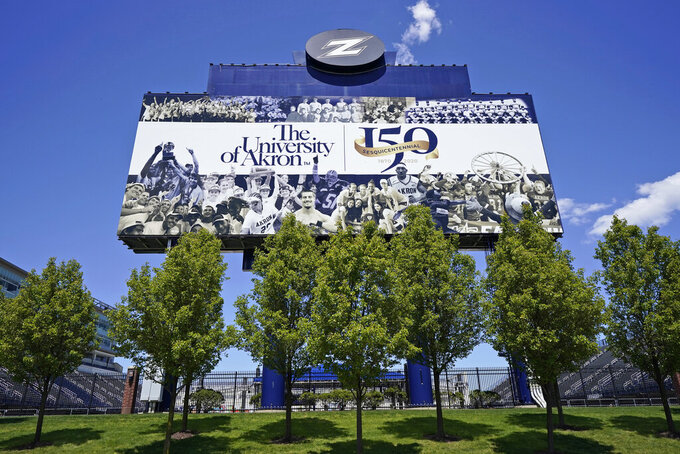 COLUMBUS, Ohio (AP) — Ohio Gov. Mike DeWine has made many newsworthy statements in his long political career, but perhaps none has generated such an immediate and intense response as announcing a weekly $1 million prize and full-ride college scholarships to entice more Ohioans to get the COVID-19 vaccine.

The plan unveiled Wednesday by the Republican governor drew criticism from some Democratic and GOP lawmakers who said it isn’t appropriate to use federal pandemic dollars for a contest. But Andy Slavitt, President Joe Biden’s senior COVID-19 advisor, said anything that draws attention to vaccines is a good thing.

“In general, I think we like the idea of contests,” Slavitt told CNN.

DeWine says he understands people may think he’s crazy and consider the concept a waste of money. But he said Wednesday the real waste is a loss of life to the virus now that the vaccine is available.

Beginning May 26, the lottery will provide a $1 million prize each Wednesday for five weeks.

HOW WILL THE OHIO VACCINE INCENTIVE WORK?

DeWine said details are still being ironed out, but in short, Ohioans age 18 and older who have received at least one dose of the vaccine can get into the drawing one of two ways. Those who are registered voters in the Secretary of State’s database will be entered automatically. A website will be available for people to enter if they’re not in the elections system.

Each week, names of potential winners will be drawn and their eligibility verified, including whether they’ve been vaccinated, DeWine spokesman Dan Tierney said. Then their names will be announced during the Ohio Lottery Wednesday evening broadcast, he said.

Vaccinated Ohioans under 18 will be entered into a similar drawing for full college scholarships, including tuition and room and board.

The state Health Department will administer the drawings with help from the Ohio Lottery Commission. Winners will pay taxes.

CAN THE PRIZE WORK TO BOOST VACCINATIONS?

The lottery is unlikely to change the minds of those who question the vaccine’s safety or are adamantly against getting the shot, said Jane Risen, a behavioral science professor at the University of Chicago who studies judgement and decision-making.

But for those who are worried about side effects or don’t want to take time off work, a $1 million prize could be persuasive, she said.

“We know people pay attention to lotteries and big prizes,” she said. “Even though the chances are small, people focus on the prize rather than the probability of winning.”

There’s also the fear of missing out, Risen said.

“When we get into these giant jackpots, you see people who would never buy a lottery ticket buying them,” she said.

WHAT DO LAWMAKERS THINK OF THE VACCINE INCENTIVES?

In the past year, DeWine faced intense criticism from members of his own party over Ohio’s continued health orders. While they welcomed the tandem news Wednesday that the state’s mask mandate and other orders would end June 2, they also expressed skepticism at the lottery announcement.

“I do not support using gameshow gimmicks with our federal tax dollars,” said Rep. Jon Cross, a Republican from Kenton in northern Ohio.

On the other side of the aisle, Rep. Emilia Sykes of Akron, the top House Democrat, questioned the use of federal funds for the lottery.

“Using millions of dollars in relief funds in a drawing is a grave misuse of money that could be going to respond to this ongoing crisis,” she said.

In Washington, Biden press secretary Jen Psaki said: “The Department of Treasury has comprehensive guidelines, but does not typically opine on each individual program or creative approach by different states.”

This story has been corrected to fix the spelling of state Rep. Jon Cross, not Crossman.