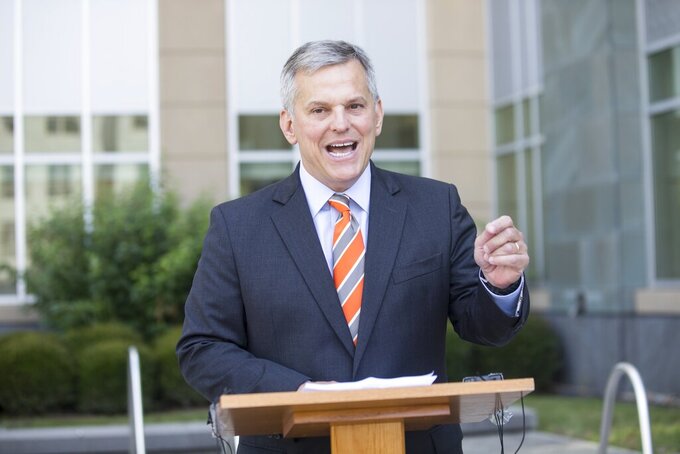 Julia Wall, ASSOCIATED PRESS
North Carolina Attorney General Josh Stein speaks during a news conference outside the Durham County Courthouse in Durham, N.C., June 28, 2021. Stein said Tuesday, May 24, 2022 he is recovering from a "minor stroke" that prompted doctors to remove a small blood clot. Stein, a Democrat currently in his second four-year term as the state's top law enforcement official, said in a tweet that he had stroke-like symptoms on Monday night after he and his wife, Anna, walked the family dog. (Julia Wall/The News & Observer via AP)

RALEIGH, N.C. (AP) — North Carolina Attorney General Josh Stein left a Raleigh hospital on Wednesday after being treated earlier this week for what he called a “minor stroke.”

Stein's office confirmed his release the day after the two-term Democrat announced he was hospitalized. He said doctors removed a small blood clot and that he had no lingering effects.

Stein, 55, wrote previously that he had stroke-like symptoms Monday night after he and his wife walked the family dog.

Stein tweeted Wednesday about him and his wife celebrating their anniversary by lunching at a favorite restaurant.