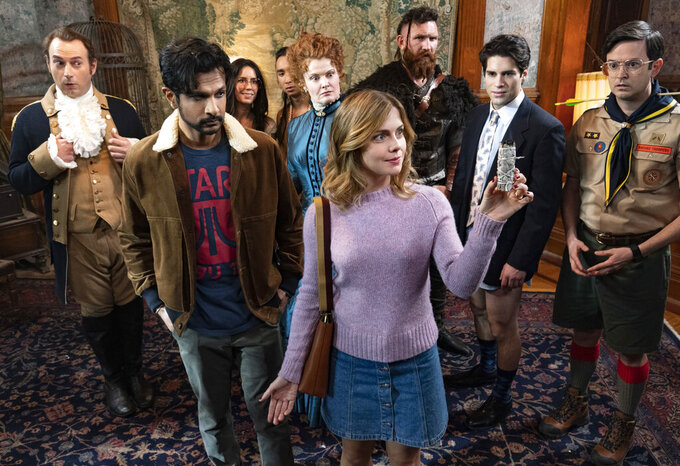 LOS ANGELES (AP) — At first glance, broadcast newcomers “Ghosts” and “The Wonder Years” have barely had a chance to prove themselves in the ratings.

The CBS comedy “Ghosts” has shown early promise, so far landing just outside the top 20 for the young season so far, while ABC's reboot of “The Wonder Years” sitcom is hovering at around No. 65, according to Nielsen figures.

But the two have already been granted full-season runs. Admiring reviews for both aside, the reason lies in the numbers — the ones that measure how a show performs in the long run, not just after its first day of airing as reflected above.

The debut episode of “The Wonder Years” was watched by 3.2 million viewers on ABC when it aired Sept. 22. That figure grew to 6.4 million after a week of combined broadcast and digital viewership.

"We are gratified that audiences have taken to ‘Ghosts’ so quickly and are incredibly proud of this unique and imaginative show," CBS Entertainment President Kelly Kahl told The Associated Press shortly after the series bowed. CBS threw “a lot behind it,” he said of the network's only new fall comedy.

The winner of last week's network derby was NBC, home to two football games that landed in the top 10. It averaged 5.79 million viewers in prime-time, followed by CBS with 5.11 million. Fox had 4 million, ABC had 3 million, Univision had 1.3 million, Telemundo had 1 million and ION Television had 970,000.

With a lift from the baseball playoffs, TBS topped the cable networks in prime time, averaging 3.1 million viewers. ESPN had 2.9 million, Fox News Channel had 2.3 million, MSNBC had 1.2 million and Hallmark had 1.1 million.

For the week of Oct. 18-24, the top 20 prime-time programs, their networks and viewerships: