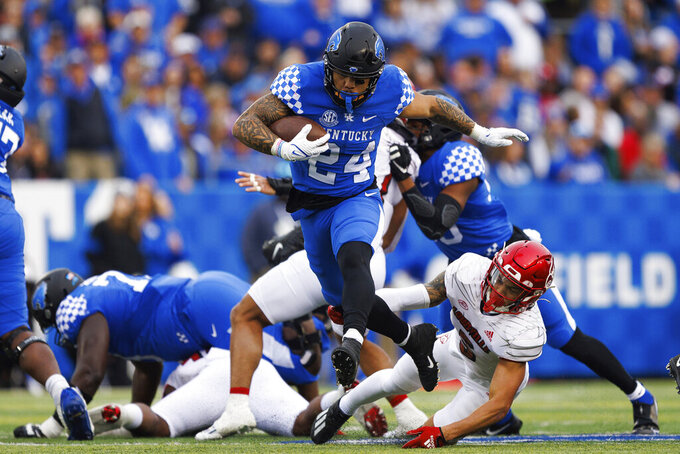 LEXINGTON, Ky. (AP) — Kentucky running back Chris Rodriguez Jr. says on social media that he will skip the Music City Bowl to prepare for the NFL draft.

The senior’s announcement Thursday on his Instagram account comes a day after Wildcats quarterback Will Levis announced he would miss the Dec. 31 contest against Iowa to get ready for next spring’s draft.

Rodriguez leaves as Kentucky’s No. 3 career rusher with 3,644 yards and 32 touchdowns, including 904 with six scores this fall despite missing the first four games of the season. He pleaded guilty in July to driving under the influence. He ranked sixth in SEC rushing this fall.

Rodriguez thanked Kentucky fans in the post and said while he won't play in the game, “I’ll be in the Music City to support my brothers and hope to see you there.”

The native of McDonough, Georgia, was an Associated Press All-SEC first team selection as a junior after erupting for 1,379 yards rushing to help Kentucky win 10 games for the second time in four years. He surpassed 100 yards rushing five times this fall and broke Benny Snell Jr.’s school record with 20.