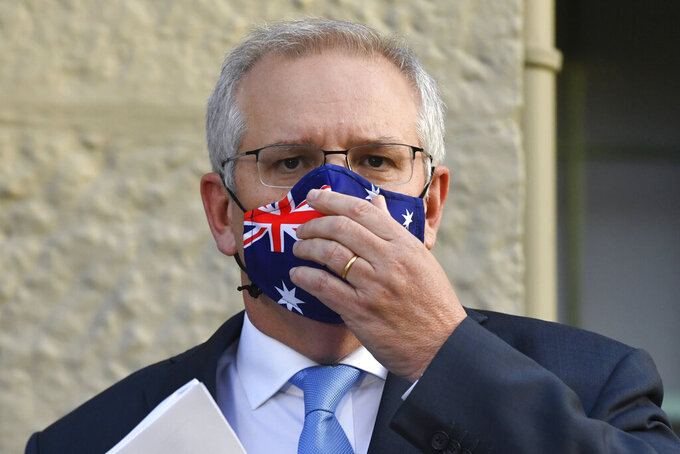 New South Wales state Premier Gladys Berejiklian said she would announce on Wednesday whether Sydney’s 5 million residents would remain locked down beyond the three-week mark on Friday.

She had said the 24-hour record of 122 new cases recorded on Sunday made lifting the lockdown on Friday “almost impossible.”

No one knew how long the lockdown would last, Berejiklian said.

“What we do know is that we have the financial support there so that individuals and families and businesses don’t have to stress and they know that for the duration of the lockdown, the support will be there,” she told reporters.

Prime Minister Scott Morrison said the presence in Sydney of the delta variant, which is thought to be more contagious, had escalated the pandemic danger.

“The New South Wales outbreak has proved to be more severe, more dangerous, and it’s in the national interest that we now put in place an upgraded set of arrangements for cooperation with the states and territories,” Morrison said of the disaster funding deal.

The daily infection tally in New South Wales dropped to 89 on Tuesday, but authorities remain concerned that 21 of those infected with the delta variant had been in the community while contagious.

Australia has recorded three COVID-19 deaths this year. A man, aged in his 70s, died on Monday in Sydney’s eastern suburbs where the current cluster began last month, officials said.

A woman in her 90s from southwest Sydney died in a Sydney hospital on Saturday, a day after testing positive for COVID-19.

Before her, Australia last reported a COVID-19 death on April 12. An 80-year-old old man who had become infected in the Philippines and was diagnosed while in hotel quarantine.

Australia has been relatively successful in containing COVD-19 clusters and there have only been 912 deaths since the pandemic began. But the country's vaccine rollout has been slow, which experts say has left the population particularly vulnerable to the delta variant. Fewer than 12% of the population older than 16 had been fully vaccinated by Tuesday.

Australian-manufactured AstraZeneca had been recommended for all adults in Australia until a 48-year-old died of rare blood clots blamed on the vaccine in April. The clots are more common in younger people.

AstraZeneca was then recommended for adults over 50 years until a 52-year-old died of blood clots blamed on the vaccine in May.

The vaccine is now recommended for adults over 60. The only alternative registered in Australia is imported Pfizer which is in short supply. Most Australians under 40-years-old can’t get Pfizer.