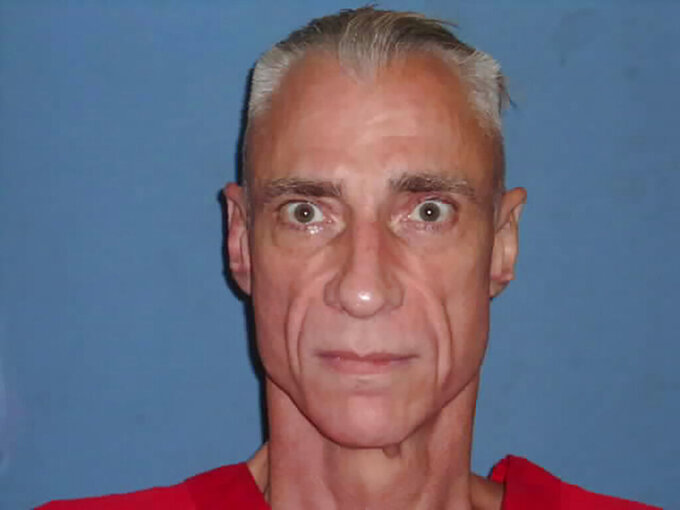 Mississippi State Penitentiary, ASSOCIATED PRESS
FILE - In this May 25, 2022, photo released by the Mississippi Department of Corrections is Thomas Edwin Loden Jr. In a Thursday, Nov, 17, 2022, ruling, the Mississippi Supreme Court granted a motion from the state to set an execution date for Loden Jr., a former U.S. Marine Corps recruiter who was convicted in the 2000 rape and killing of a 16-year-old waitress. Loden will be put to death on Dec. 14, at 6 p.m., or as soon as possible within 24 hours of that date. (Mississippi Department of Corrections via AP, File)

JACKSON, Miss. (AP) — Mississippi has set an execution date for an inmate who has been on death row for 21 years after his appeals and legal challenges were unsuccessful.

In a Thursday ruling, the Mississippi Supreme Court granted a motion from the state in the case of Thomas Edwin Loden Jr., a former U.S. Marine Corps recruiter who was convicted in the 2000 rape and killing of a 16-year-old waitress. Loden is to be put to death Dec. 14 at 6 p.m., or as soon as possible within 24 hours of that time.

The ruling comes after the Mississippi attorney general’s office on Oct. 4 asked the court to set an execution date for Loden.

Loden’s attorney, Stacy Ferraro, objected, arguing that her client has not exhausted all remedies to try to avoid being put to death.

Loden is part of an ongoing federal lawsuit, along with other death row inmates, challenging the state's lethal injection protocol. Mississippi revised the protocol to allow the use of midazolam if thiopental or pentobarbital cannot be obtained.

A federal district judge granted an injunction to prevent the state from using compounded pentobarbital or midazolam, but the 5th U.S. Circuit Court of Appeals reversed that ruling. The case is back at the district court and is unresolved.

The state attorney general’s office argued that the pending legal challenge “is not an impediment to setting Loden’s execution.” Ferraro countered that it would be “inappropriate” for the Court to set a date with the challenge still ongoing.

Ferraro did not immediately respond to a request for comment Thursday.

Loden, now 58, has been on death row since 2001, when he pleaded guilty to capital murder, rape and four counts of sexual battery. According to court documents, Loden kidnapped Leesa Marie Gray, who was stranded on the side of a road in northern Mississippi’s Itawamba County on June 22, 2000. The documents said Loden spent four hours raping and sexually battering Gray before suffocating and strangling her to death.

Loden joined the Marine Corps immediately after graduating from high school in Itawamba County in 1982. He served in Operation Desert Storm and went to recruiter school in 1998. Loden started operating the Marines’ recruiting office later that year in Vicksburg, Mississippi.

Loden filed several appeals of his conviction, which were denied.

Mississippi’s most recent execution was in November. It was the state's first in nine years.