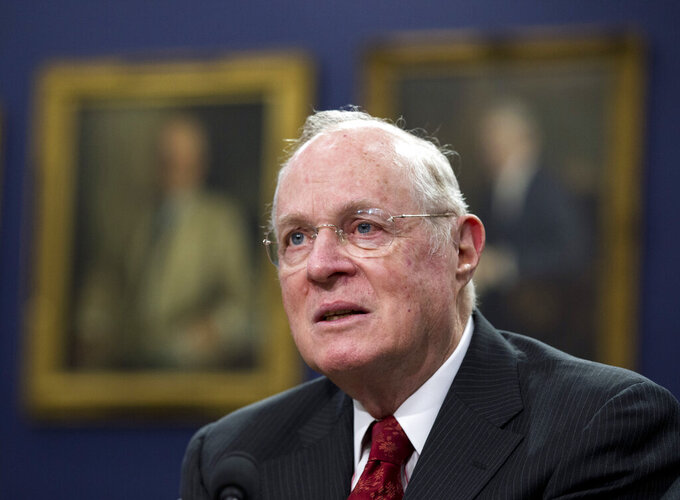 The only other person to receive the honor from the living history museum in Virginia was former British Prime Minister Winston Churchill in 1955.

“The Williamsburg Award is really focused on the recognition that (Kennedy) has shaped our nation — just as Winston Churchill shaped his nation as well as ours, and frankly, the world in World War II,” Carly Fiorina, chair of the Colonial Williamsburg Board of Trustees, told The Associated Press.

Fiorina, a former technology executive and former Republican candidate for U.S. president, worked with Kennedy on the foundation’s board before he retired from it this month.

Kennedy was appointed to the Supreme Court by Republican President Ronald Reagan and retired after 30 years at age 81 in 2018. He was often a voice of moderation, providing the key vote on such closely divided issues as affirmative action, guns, campaign finance and voting rights in addition to same-sex marriage and the right to abortion.

“His opinions in every case are focused on the same two issues that our founders debated here at Williamsburg — and those two issues are personal liberty and the constraint of power so as to prevent tyranny,” Fiorina said.

She added that Kennedy engaged with his fellow justices in a “very civil, non-ideological way. That’s noteworthy, particularly now, given how politicized and divided every institution is becoming.”

The Williamsburg Award, Fiorina said, is “an important opportunity for us to remind American citizens of the principles that have shaped our nation.”