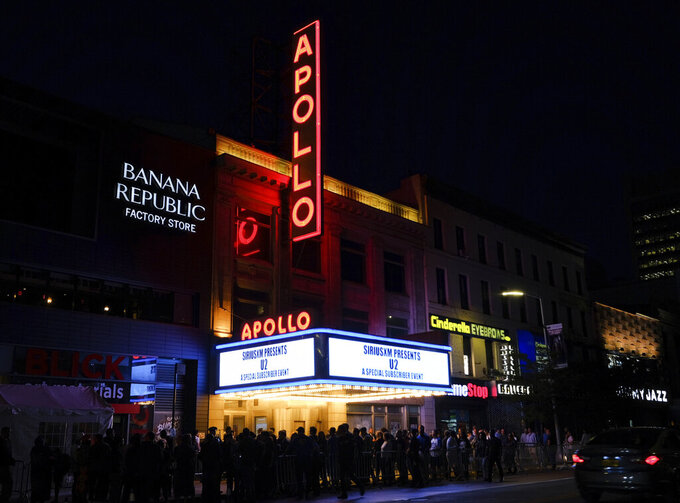 The 2021 awards show, which honors the year's best in soul, hip-hop and R&B, will be taped and debut on BET and BET Her on Nov. 28 at 8 p.m. Eastern and Pacific. BET has aired the show since 2009, taping in Las Vegas in recent years.

It is also celebrating the 50th anniversary of the debut of “Soul Train,” the television show that beamed the best of Black music and popular dance into American homes each week.

“The Apollo is thrilled to partner with BET to host the ‘Soul Train Awards,’ bringing together three iconic brands that represent Black culture and excellence under one roof,” said Kamilah Forbes, Apollo executive producer.

The Apollo Theater in Harlem is known for demanding audiences that expect the best out of performers. A long list of Black artists — both famous and unknown — have performed at the venue.