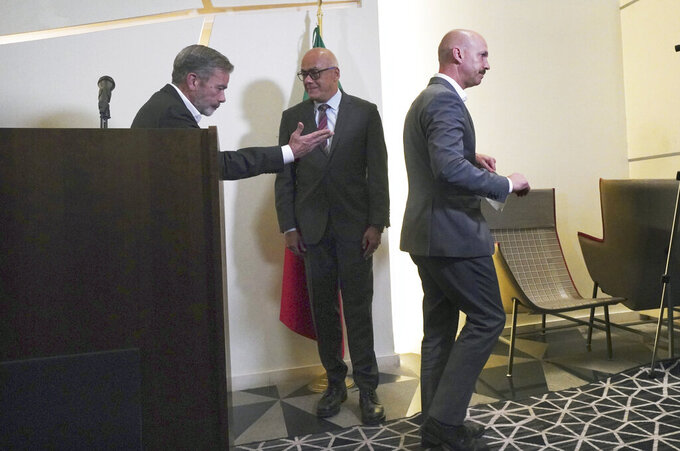 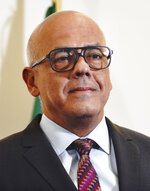 MEXICO CITY (AP) — Delegates from Venezuela’s government and opposition concluded another round of talks in Mexico City on Monday after a delay that saw the government’s side arrive a day later than scheduled due to an apparent unhappiness with mediator Norway.

The meetings had been scheduled to begin Friday, but were suspended when government representatives did not arrive until Saturday. Talks began Sunday.

Late Monday, Norwegian mediator Dag Nylander read a statement at the conclusion of the meetings. “They drew closer in the search for solutions to the challenges in social, economic and political matters,” he said without providing detail.

Nylander's statement was interrupted by a man shouting insults at the entrance to the hotel where the talks were being held. Security personnel grabbed the unidentified man and hustled him into a vehicle before driving away.

The leader of the government’s delegation, Jorge Rodríguez, said Friday that his team’s arrival was delayed because of comments by Norwegian Prime Minister Erna Solberg about the human rights situation in Venezuela during the United Nations General Assembly.

Nylander had issued a statement offering assurances that Norway would maintain its impartiality in the talks.

The previous round of meetings occurred Sept. 3-6 in Mexico's capital.

The delegates of President Nicolás Maduro and the opposition, led by Juan Guaidó, have been expected to tackle issues such as conditions for elections and the lifting of foreign economic sanctions imposed on the government.

The U.S. and other countries withdrew recognition of Maduro after accusing him of rigging his most recent reelection as president. In his place, they recognized Guaidó, who was head of the then opposition-dominated congress.