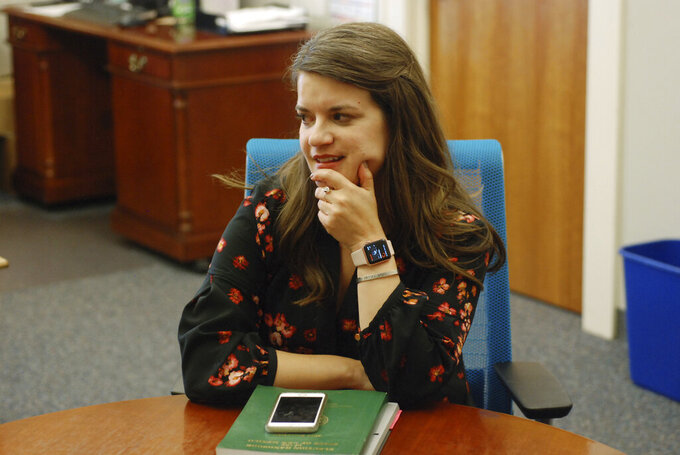 Secretary of State Maggie Toulouse Oliver told a legislative panel Monday that county clerks are required to provide one drop box for every 25,000 voters and at least two per county. Exceptions can be made at the request of local county officials.

The quick-drop boxes for voting are among a long list measures backed by Toulouse Oliver, a second-term Democrat, that are aimed at making voting more accessible. Lawmakers appropriated funding for the initiative amid concerns about COVID-19 and indoor crowding at polling places.

Ballots must be collected at least once a day from the boxes, video surveillance of drop boxes is required and recordings must be retained by county clerks. It remains illegal for any person to deliver a ballot for another person with the exception of immediate family, and signs at each drop box are required to explain that prohibition against so-called ballot harvesting.

The proliferation of drop boxes is the outcome of 2019 legislation from the Democratic-led Legislature that was signed by Gov. Michelle Lujan Grisham and more detailed rules this summer from state election regulators aimed at consistent procedures.

Drop boxes were a focus of Republican Party concerns about election security in the 2020 general election. Disputes about ballot drop boxes in two counties were resolved in state district court in October 2020 prior to the close of voting.

President Donald Trump directly challenged New Mexico's use of drop boxes for absentee ballots in the aftermath of the 2020 vote, as well as vote-counting equipment sold by Dominion Voting Systems.

The lawsuit was abruptly dropped in January 2020 a few days after Congress certified the election of President Joe Biden. Toulouse Oliver suggested that the Trump campaign should be sanctioned for meritless litigation.

Many emergency balloting reforms adopted in response to the pandemic have expired and will not be in effect in this year's consolidated elections for city, county and school district offices.

Those expired measures included requirements that outer envelopes on absentee ballots be signed with the last four digits of each voter’s Social Security number.

She also voiced support for the creation of a permanent absentee voting list for people who want to receive ballots at home without having to repeatedly request them.