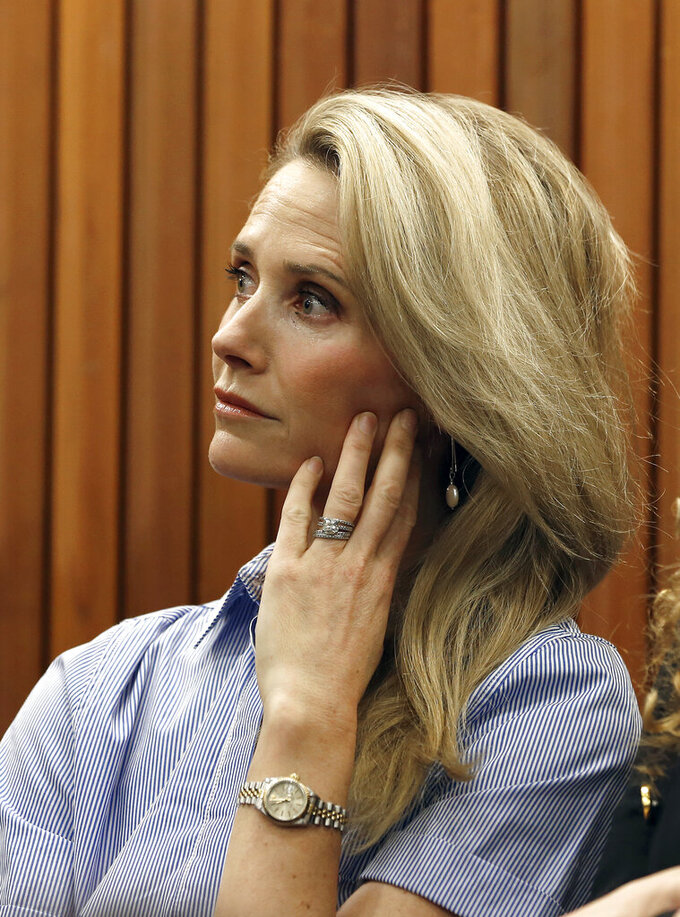 SACRAMENTO, Calif. (AP) — California Gov. Gavin Newsom said Friday he sees no conflict in the nonprofit launched by his wife accepting donations from companies that lobby his administration.

“There's no correlation, period, full stop. Absolutely none," Newsom said. “In fact, the work she does is inspiring."

The Sacramento Bee reported the nonprofit, called The Representation Project, has received at least $800,000 in political donations from corporations that lobby state government in recent years. Jennifer Siebel Newsom founded the nonprofit in 2011 and drew a $150,000 salary in 2019, according to the couple's most recently released tax returns. She left her job as chief executive officer that year, when Newsom became governor, and now serves as chief creative officer.

The nonprofit focuses on gender equity and women's representation in media, themes explored in three documentary films by Siebel Newsom. She runs a production company called Girls Club Entertainment, which paid her $50,000 in 2019. Her third film, “The Great American Lie,” came out that year and explores economic inequality and gender.

“I hope she continues to do that for decades to come, and I don’t want my professional work to get in the way of her extraordinary contribution,” Newsom said.

Newsom was elected California lieutenant governor in 2011 and announced his intention to run for the governorship in 2015. He was elected in 2018.

He put his own businesses, a collection of wineries and restaurants, into a blind trust when he became governor to avoid potential conflicts of interest. State law doesn't have special rules for charities run by spouses of government officials, the Bee reported.

Since 2016, major corporations including the utility Pacific Gas & Electric, AT&T, Comcast, and Kaiser Permanente have contributed to Siebel Newsom's nonprofit as well as Newsom's political activities, the Bee reported. Donations to the nonprofit jumped by 30% in 2015, the year Newsom announced his plans to run for governor.

The nonprofit isn't required to disclose all of its donors. Siebel Newsom has been paid $2.3 million in salary since launching it.

In 2018, shortly after he was elected governor, Newsom attended a fundraiser for the nonprofit in San Francisco. Donors included PG&E, which would declare bankruptcy in Newsom's first month on the job. The utility donated $25,000, the Bee reported. Other donors include the owner of the Oakland Athletics baseball team.

Caroline Heldman, the nonprofit's executive director, said Siebel Newsom has not overseen the organization’s fundraising since 2015.