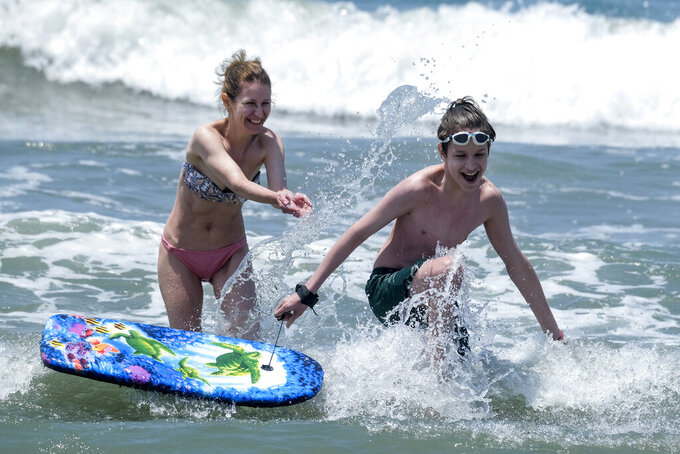 LOS ANGELES (AP) — The operator of California's power grid is asking residents to voluntarily conserve power for a few hours Thursday evening as record-breaking heat blankets the West this week.

The California Independent System Operator issued a Flex Alert for Thursday from 5 p.m. to 10 p.m. to help relieve stress on the grid. It asks Californians to set thermostats to 78 degrees or higher, turn off unnecessary lights and avoid use of major appliances.

CEO Elliot Mainzer said the grid was stable and there was no expectation of rotating power outages, but that could change as temperatures spike in the coming days.

“The current forecast for shortages are relatively modest in magnitude and we think there’s a good chance that we’ll be able to resolve them across the course of the day tomorrow,” he told reporters Wednesday.

Mainzer said the electrical grid has seen upgrades in power storage and transmission since California experienced its first rolling blackouts in 19 years during a heatwave last summer. Pacific Gas and Electric Co. erroneously directed a 400-megawatt power plant in Fresno County to scale back, causing the system operator to order utilities to shed power last Aug. 15.

“We’ve characterized the situation going into this summer as guarded optimism,” he said. “We do think that we are in a generally better position than last summer.”

Summerlike heat arrived with spring still on the calendar as a dome of high pressure covered the West. Oppressive daytime highs have been followed by very warm nights.

A milky haze of smoke from fires in Arizona, New Mexico and Mexico also blew over Southern California, the National Weather Service said.

Excessive-heat warnings were going into effect in the Central Valley, where some locations could see highs up to 113 degrees (45 degrees Celsius) .