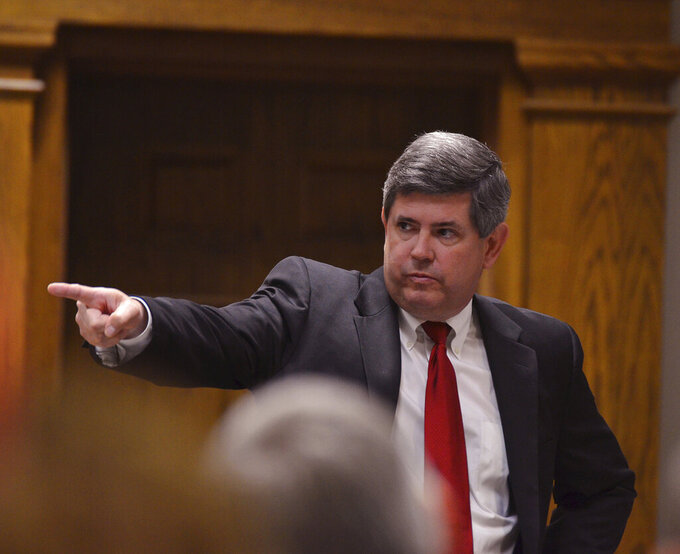 The state Supreme Court ruled in January that a Democratic prosecutor, David Pascoe of Orangeburg, exceeded his authority by continuing his investigation into Statehouse corruption beyond the few cases Attorney General Alan Wilson gave him because of a possible conflict of interest.

The justices left it to Wilson to decide what to do. He gave the cases to an assistant, who in a letter this week asked Seventh Circuit Solicitor Barry Barnette to take over the four remaining cases.

The cases include perjury and obstruction of justice charges against political consultant Richard Quinn Sr. Authorities said he lied to a state grand jury during the investigation.

Wilson used Quinn for political work for years. Quinn's son, former state Rep. Richard Quinn Jr., pleaded guilty to misconduct in office and was sentenced to probation for taking $4 million in money from lobbyists and doing their bidding for the Quinns’ consulting business.

The other cases involve the sentencing of former South Carolina Sen. John Courson of Columbia, who pleaded guilty in 2018 to misconduct for using thousands of dollars of political contributions for personal use; and misconduct trials against former Reps. Tracy Edge of North Myrtle Beach and Jim Harrison of Columbia. All are Republicans and worked with the Quinns.

The state Supreme Court took the cases away from Pascoe in a sharply divided 3-2 ruling that said the Orangeburg prosecutor should not have continued a State Grand Jury probe of corruption beyond specific lawmakers whom the attorney general asked Pascoe’s office to prosecute.

The Statehouse corruption investigation began seven years ago as an investigation into ex-House Speaker Bobby Harrell, who pleaded guilty to spending campaign money on personal expenses. He was sentenced to probation.

The two-page letter turning the cases over to Barnette offered to pay any hotel or travel costs for the new prosecutor. But Chief Deputy Attorney General W. Jeffrey Young also included a warning.

“In the event your investigation or review of the case leads to new charges against new defendants, please advise this Office on the matter so that we may decide how to proceed,” Young wrote.