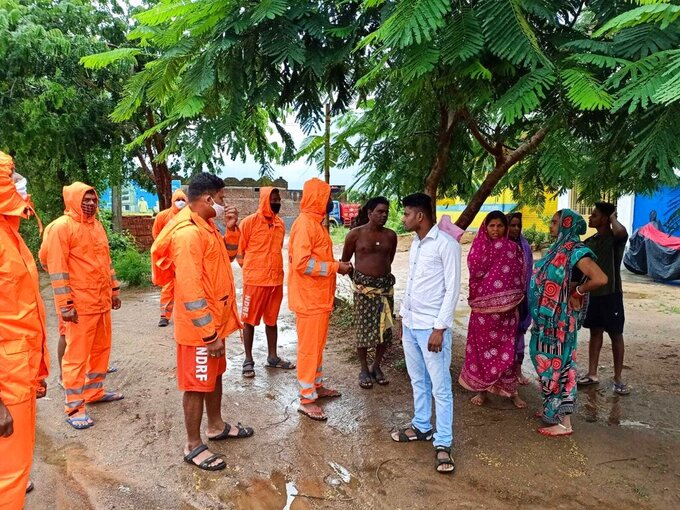 HYDERABAD, India (AP) — A cyclone flooded parts of India's eastern coast with heavy rains and uprooted thousands of trees and power poles, knocking out electricity, before weakening to a deep depression Monday.

One fisherman was missing and another was injured when their boat was hit by the high tide, but no deaths have been reported from the storm.

Authorities in two coastal states had been on high alert as the cyclone with sustained winds blowing up to 85 kilometers per hour (53 mph) hit the eastern seaboard late Sunday evening. National Disaster Response Force teams were deployed to the eastern state of Odisha and the southern state of Andhra Pradesh, where thousands of people were evacuated.

The meteorological department said the storm was likely to weaken further and continue moving westward.

Prime Minister Narendra Modi said he had spoken to chief ministers in both states, assuring them of support. “I pray for everyone’s safety and well-being,” he tweeted.

In May, a massive storm lashed India’s western coast, killing at least 140 people. Just over a week later, another cyclone slammed the country’s eastern coast and neighboring Bangladesh, leaving at least six dead as authorities scrambled to evacuate over a million people.

India’s eastern coast is no stranger to devastating cyclones, but changing climate patterns have caused them to become more intense.