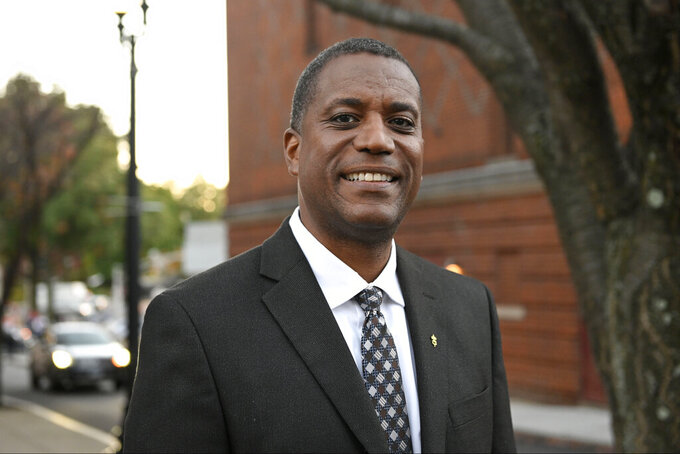 HARTFORD, Conn. (AP) — A contest carrying Republicans' hopes of winning a U.S. House seat in Connecticut for the first time in over a decade remained undecided early Wednesday.

A victory for U.S. Rep. Jahana Hayes, a former national teacher of the year, would complete another Democratic sweep of the state's delegation in Congress. She had a slim lead over former Republican state Sen. George Logan, but it was too early to call the race.

The national GOP has been enthusiastic about its chances of flipping Connecticut’s 5th Congressional District, which includes parts of northwestern and central Connecticut. The race has attracted national attention, with outside groups spending more than $7 million.

"I’ll wait patiently for however long it takes to count every single vote,” Hayes said Tuesday night. Logan told his supporters he expected to win by the “shortest of margins.”

Republicans haven’t held a House seat in Connecticut since former U.S. Rep. Chris Shays lost in 2008 to Democratic U.S. Rep. Jim Himes, who still holds the seat representing a southwestern part of the state and was reelected Tuesday.

Hayes is the first Black woman to represent Connecticut in Congress.

Logan, the son of immigrants from Guatemala, is a mechanical engineer and community relations director at a water company. He's also a guitarist in a Jimi Hendrix tribute band. Despite being labeled as too extreme by Democrats, he has portrayed himself as a social moderate and fiscal conservative.

Logan says he supports abortion rights and opposes a federal ban but backs a parental notification requirement. He has accused Hayes and the Democrats of trying to “scare” voters about what he might do in Congress.

“My opponent and the Democrat leadership insiders repeatedly put out false attack ads about my position,” he said during a recent debate. “I would not support a national ban on abortion. It doesn't matter to me who in the Congress would want one.”

Hayes has said it's unlikely Logan would go against Republican House leadership.

“If anyone in this room thinks that the Congressional Leadership Fund is putting millions of dollars into the campaign of someone that they can't trust will vote for the things that they would like, then you are all sadly mistaken,” Hayes said during the debate.