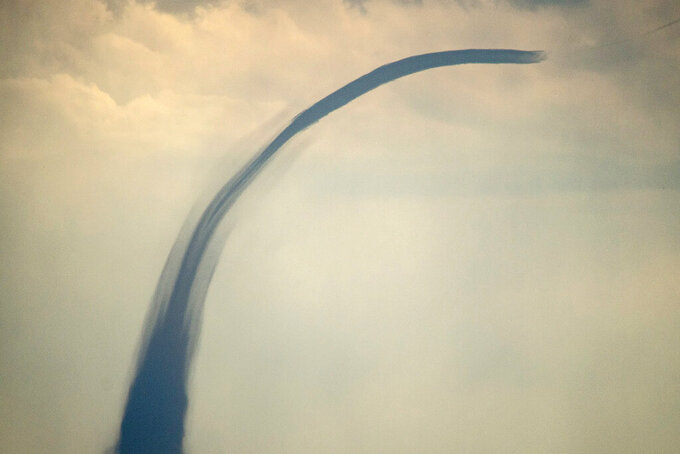 FIRESTONE, Colo. (AP) — A tornado that touched down in a largely rural area of northern Colorado on Monday damaged buildings on seven properties, authorities said. No injuries were reported.

Among the structures that were considered destroyed were two homes as well as two buildings at a feedlot, according to a damage survey by Weld County. One of the feedlot buildings was lost in a fire caused by power lines downed by the tornado while the other was lost directly due to the tornado, the county said.

Following a survey of the damage, the National Weather Service rated the tornado as an EF1 on the Enhanced Fujita scale, the second-lowest rating, with sustained winds of 99 mph (159 kph).

The tornado is estimated to have traveled for about six miles and was on the ground for about 30 minutes, the county said.

This story corrects that the building destroyed in a fire was at a business, not a home.