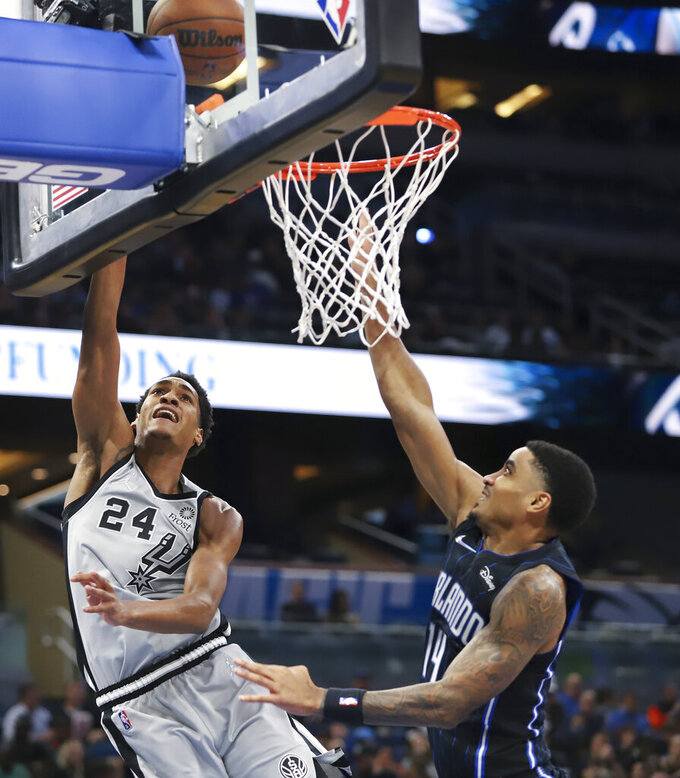 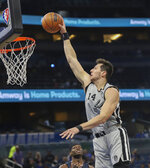 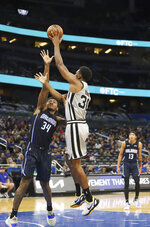 ORLANDO, Fla. (AP) — In addition to Dejounte Murray shooting the 3-pointer better and scoring at a career-best clip, San Antonio Spurs coach Gregg Popovich said his point guard has shown marked improvement in his leadership abilities and knowing when to take games over.

Murray did both Friday night in the fourth quarter by taking over a close game in the Spurs' 102-89 victory over the Orlando Magic.

Murray finished with 20 points, 11 rebounds, seven assists and three steals — six of those points, three assists and all of the steals coming in the final period. After Orlando cut it to 87-80, Murray answered with two baskets.

“Especially down the stretch when they cut it to seven, (Murray) kept his composure,” Popovich said. “That’s what it takes in the fourth quarter — solid, solid possessions to give us a chance to score.”

Keldon Johnson added 20 points and nine rebounds to help San Antonio improve to 3-6. Derrick White, Devin Vassell and Thaddeus Young each scored 12 points. Young, who added five assists, marvels at the growth that Murray has made.

“Dejounte has done a phenomenal job running this team,” Young said. “He’s taking that big step and his game has evolved. He’s making threes, the midrange shot, he’s getting to the basket at will and he’s as tough as they come. On the defensive side he creates havoc. That’s huge having our point guard clicking on all cylinders.”

Murray’s defense played a big role in Orlando turning the ball over 18 times — nine of those miscues coming in the final quarter.

Cole Anthony had 21 points, nine rebounds and six assists for Orlando. Anthony, who scored 13 fourth-quarter points, said Magic miscues cost his team a chance of pulling off a come-from-behind win.

Wendell Carter Jr. added 13 points and 10 rebounds for Orlando, which fell to 0-4 at home.

Spurs: Johnson scored seven early points before rolling his right ankle and leaving the floor. He returned to the game in the second quarter. … Jakob Poeltl missed his second straight game because of NBA Health and Safety protocols.