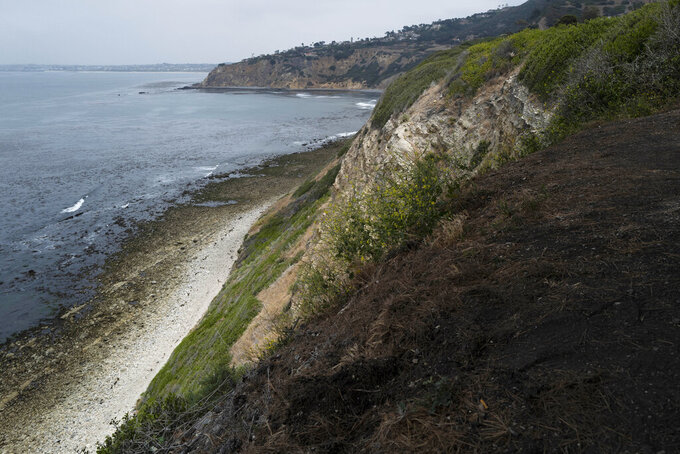 PALOS VERDES ESTATES, Calif. (AP) — A man who died when he and three other people fell off a Southern California ocean cliff was identified Tuesday as a 25-year-old from Los Angeles, authorities said.

The four friends slipped and tumbled about 300 feet (90 meters) onto the beach below before dawn Monday in Palos Verdes Estates. Police were investigating the fall as an accident.

Jerardo Huitzil died at the scene, according to the Los Angeles County coroner’s office.

Two women were airlifted from the beach and each hospitalized Monday in critical condition. Though there has been no update on their conditions, officials said their injuries were not life-threatening, the Los Angeles Times reported Tuesday.

The fourth person, a 25-year-old man who suffered minor injuries, managed to climb back up the cliff and alert a passing police officer, Barber said.

Palos Verdes Estates is on the Palos Verdes Peninsula at the southern end of Los Angeles County. A trail runs along the bluff top above the Pacific Ocean.