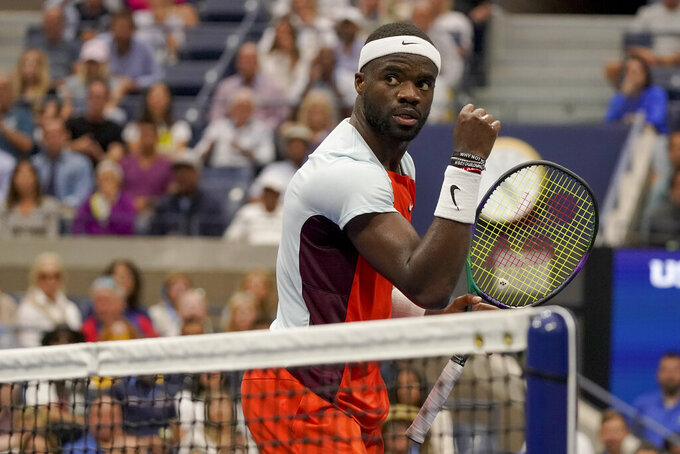 There are four debut U.S. Open men's semifinalists, the first time that's happened since the first year of the event in 1881, when it was known as the U.S. Championships. One of them is Frances Tiafoe, the first American man to get that far at his home Grand Slam tournament since Andy Roddick in 2006. The No. 22 seed faces No. 3 Carlos Alcaraz in the evening semifinal, after No. 5 Casper Ruud plays No. 27 Karen Khachanov in the afternoon. Ruud is the only one who has previously reached this stage in a major, losing to Rafael Nadal in this year's French Open final. The Norwegian would reach No. 1 in the rankings if he wins and Alcaraz loses. Alcaraz, 19, would become the youngest No. 1 if he wins and Ruud loses. He'll have to summon enough energy after playing consecutive five-set matches, including his quarterfinal victory over Jannik Sinner that took 5 hours, 15 minutes and finished at 2:50 a.m., the latest ending in U.S. Open history.

“I think I don’t have a good record with quarters, but now the semis, we’re very good buddies." — Ons Jabeur, after improving to 6-0 in semifinal matches this year.