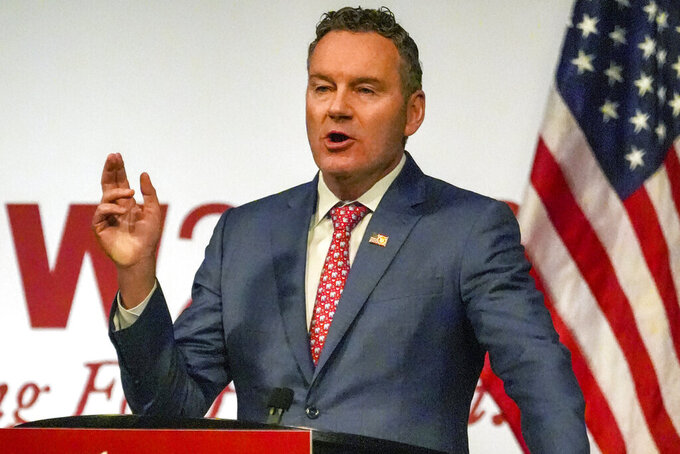 Ebony Cox, ASSOCIATED PRESS
FILE - In this May 21, 2022 file photo, Republican gubernatorial candidate Tim Michels speaks during the State GOP Convention in Middleton, Wis. Michels said Wednesday during a debate that he can be taken at his word that he won't raise gas taxes. (Ebony Cox/Milwaukee Journal-Sentinel via AP, File) 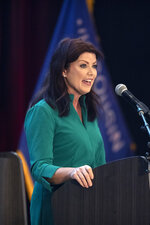 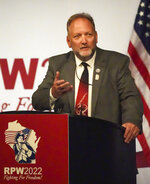 MADISON, Wis. (AP) — Republican candidate for governor Tim Michels said Wednesday during a debate that he can be taken at his word that he won't raise gas taxes, as challenger Rebecca Kleefisch accused him of not taking responsibility for previously being in leadership roles for groups that backed increasing gas taxes.

“You’ve got to take responsibility for some of these organizations,” Kleefisch, a former lieutenant governor, said during a heated exchange in the debate broadcast on WISN-AM. “Do your people who you say you lead just not listen or are you not taking responsibility?”

Kleefisch, Michels and state Rep. Tim Ramthun debated on the radio three days after a television debate and less than two weeks before the Aug. 9 primary. The winner will advance to face Democratic Gov. Tony Evers in November.

Michels, who is endorsed by Donald Trump and co-owns the state's largest construction company, Michels Corp., said he “never once" said he wanted to raise the gas tax. He said the groups he was on that lobbied for raising the gas tax, including the Wisconsin Transportation Builders Association, came to a consensus on issues and he didn’t always agree.

“This is not an authoritarian rule when you’re leader of an organization,” he said. “I still haven’t heard where you have evidence that I have ever said I raised the gas tax, and you don’t have it because I never said it.”

Michels said that his business “consumes massive amounts of fossil fuel, of gasoline, of diesel. I would have to be the dumbest businessman in the history of the world to want to raise fuel costs.”

Kleefisch also referenced Michels for previously leading an organization that fought a proposal to get tough on people who were living in the country illegally. He now campaigns as someone opposed to illegal immigration.

Michels referenced his military service to say that “you can take it to the bank” that he won't raise gas taxes.

Kleefisch took another jab at Michels in her closing remarks.

“What I've done in the past is make promises and function with integrity,” Kleefisch said. “I'll never lie to you about an endorsement.”

Michels' campaign had to reprint a mailer sent earlier this month that had falsely claimed he had been endorsed by the National Rifle Association. His campaign spokesman, Chris Walker, called it an “unintentional error” that was immediately corrected.

Also on Wednesday, former Vice President Mike Pence endorsed Kleefisch, saying she has a “proven conservative track record." That came a day after Kleefisch won the endorsement of Texas Sen. Ted Cruz, who beat Trump in the 2016 Republican primary in Wisconsin. Trump went on to win the battleground state that year but lost in 2020.

Trump has scheduled an Aug. 5 rally for Michels in Waukesha, just four days ahead of the primary.