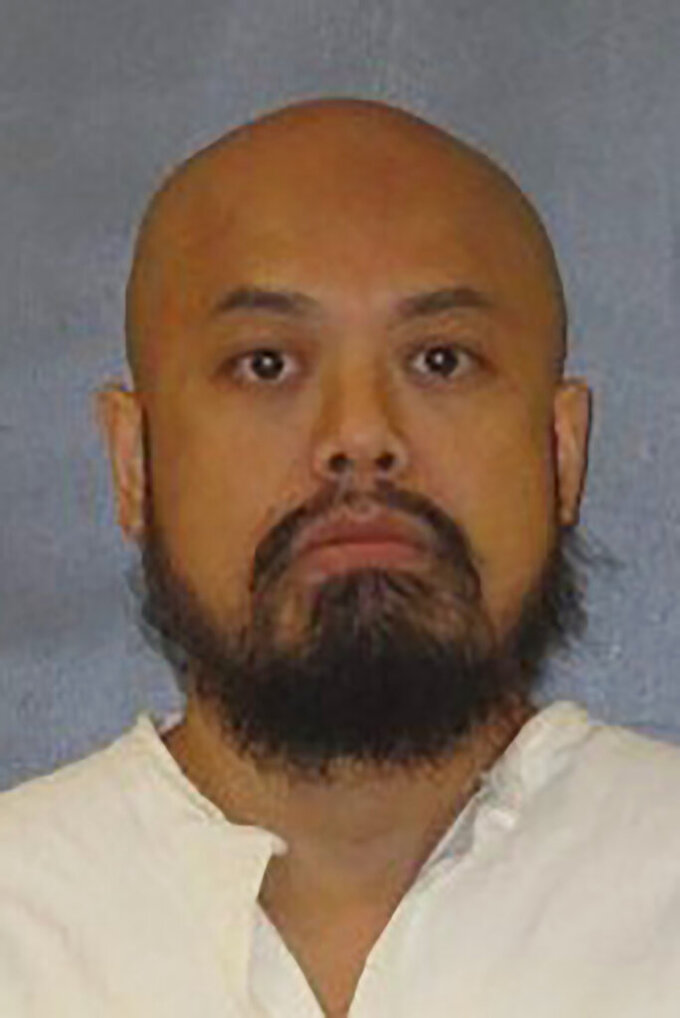 Uncredited, ASSOCIATED PRESS
This undated photo provided by The Texas Department of Criminal Justice shows Kosoul Chanthakoummane, a Texas death row inmate. Executions in the nation's busiest capital punishment state are likely to face new delays because of legal questions tied to spiritual advisers and what role they play in the death chamber. The most recent delay was granted Thursday for Stephen Barbee. He was set to be executed Tuesday, but U.S. District Judge Kenneth Hoyt in Houston ruled Barbee has initially shown Texas’ “limitations in the execution chamber substantially burden the exercise of his religion.” Chanthakoummane, set to die Nov. 10, is seeking a stay. (Texas Department of Criminal Justice via AP) 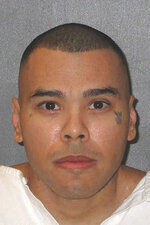 HOUSTON (AP) — The unresolved legal debate over whether spiritual advisers can touch inmates and pray aloud as condemned individuals are being put to death has delayed the final two executions scheduled this year in Texas.

The delays come as the U.S. Supreme Court is expected to hear arguments next month in the case of another Texas death row inmate on the role of spiritual advisers in the death chamber.

Both inmates claimed that Texas was violating their religious freedom by not allowing their spiritual advisers to pray aloud and place a hand on their bodies at the time of their deaths.

“Litigation pending in the United States Supreme Court regarding the defendant’s right to the free exercise of religion warrants the withdrawal of the present date of execution and the setting of a new date of execution,” Medina County prosecutor Edward Shaughnessy wrote in a motion asking a judge to reschedule Gonzales’ execution.

In all, six executions that were scheduled this year in Texas were delayed or rescheduled due to religious freedom claims related to spiritual advisers.

Executions in Texas have been sporadic in the last two years, largely due to the COVID-19 pandemic, with just three lethal injections carried out last year, and three executions so far this year. In comparison, Texas carried out 13 executions in 2018 and nine in 2019.

In the case set to be argued on Nov. 9 before the U.S. Supreme Court, attorneys for Texas death row inmate John Henry Ramirez say the state “makes no effort to hide its disrespect for the religious exercise of death-row inmates like (Ramirez) who seek spiritual comfort in their final moments.”

Texas prison officials say that direct contact poses a security risk and that prayers said aloud could be disruptive.

The Supreme Court has dealt with the presence of spiritual advisers in the death chamber in recent years but has not made a definitive ruling. The inmates are citing the First Amendment of the U.S. Constitution as well as a 2000 federal law that protects an inmate's religious rights.

The high court’s review comes after the Texas prison system in April reversed a two-year ban on spiritual advisers in the death chamber but limited what they can do. Texas instituted the ban after the Supreme Court in 2019 halted the execution of Patrick Murphy, who had argued his religious freedom was being violated because his Buddhist spiritual adviser wasn’t allowed to accompany him. Murphy remains on death row.

The ruling in Murphy’s case came after the court was criticized for declining to halt the execution of Alabama inmate Domineque Ray over his request to have his Islamic spiritual adviser in the death chamber.