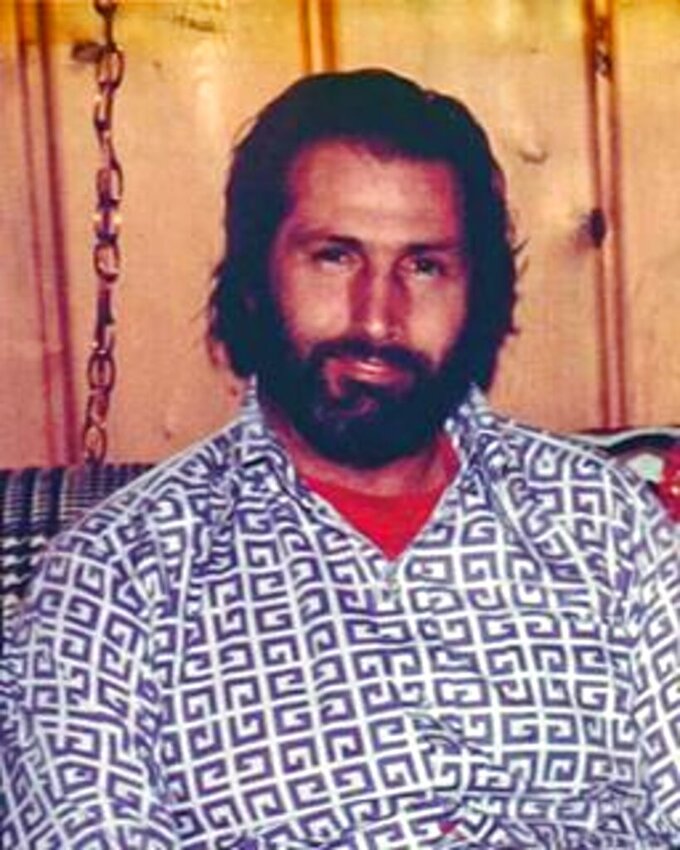 Uncredited, ASSOCIATED PRESS
This photo provided by the Alaska Department of Public Safety shows Michael Allison Beavers. The remains of a man found on Fire Island just west of Anchorage in 1989 have been identified as Beavers through DNA and genome sequencing, Alaska State Troopers said Wednesday, Dec. 1, 2021. Troopers said Beavers, who owned an excavation business in Chugiak, Alaska, was reported missing in 1980. (Alaska Department of Public Safety via AP)

ANCHORAGE, Alaska (AP) — The remains of a man found on Fire Island just west of Anchorage in 1989 have been identified through DNA and genome sequencing, Alaska State Troopers said Wednesday.

Troopers said the victim was Michael Allison Beavers, who owned an excavation business in Chugiak. He was reported missing in 1980.

The decadeslong investigation started when human remains were discovered July 24, 1989. An autopsy concluded it was a Caucasian male between the ages of 35 and 50, and evidence found on the remains indicated the death was criminal, troopers said. Officials said it appeared the remains had been on the beach for at least a year, but the date of death couldn’t be determined.

A DNA profile entered into the national missing persons database in 2003 came back with no match.

Earlier this year, the Alaska Bureau of Investigation Cold Case Investigation Unit reopened the case. Bone samples retained in the case were sent to a private lab, where DNA was extracted and genome sequencing was used to create a comprehensive DNA profile.

That was uploaded to a genealogy database and linked to other people, including some with ties to Alaska. Later, a DNA sample taken from a close relative confirmed Beavers’ identity.

Beavers' spouse reported him missing two months after he was last seen alive, in November 1979.

Beavers, 40, left his home in Chugiak to travel to Seattle by car to contact a business associate. He never arrived, troopers said.

The investigation into his disappearance stalled and closed in 1982. Ten years later, he was declared dead.

Troopers say the investigation into his death continues, and anyone with information about his disappearance and death should contact authorities.

In October, troopers were able to use the same method to identify Robin Peleky, one of the unidentified victims of Alaska serial killer Robert Hansen who was killed in the early 1980s.

Hansen abducted woman, many of them sex workers, off the streets of Anchorage, and hunted them in the wilderness north of Anchorage. In total, 12 bodies have been found, and 11 of those have been identified, troopers spokesperson Austin McDaniel told The Associated Press in October.

The only person not yet identified is known only as Eklutna Annie, who is believed to have been Hansen’s first victim, McDaniel said. Her body was found near Eklutna Lake north of Anchorage.