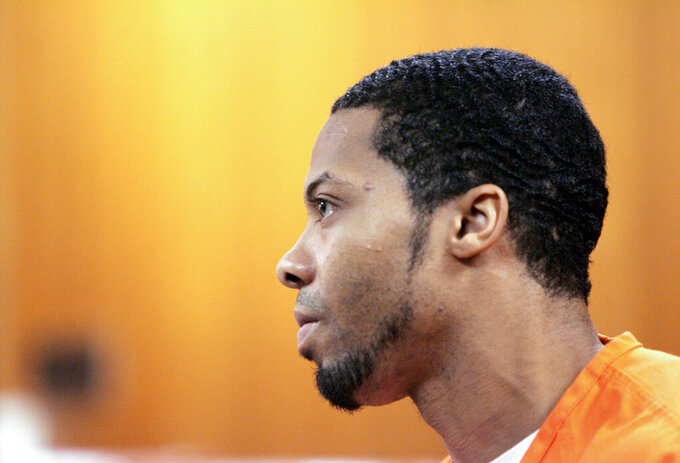 RICHARD LEE, ASSOCIATED PRESS
FILE - In this Aug. 23, 2006, file photo, Juwan Deering listens during his sentencing in Oakland County Circuit Court in Pontiac, Mich. A new prosecutor in suburban Detroit is raising questions about the murder conviction of Deering who was accused of setting a fire that killed five children in 2000. Karen McDonald says she's "gravely concerned" about tactics used by the Oakland County prosecutor's office. (AP Photo/Detroit Free Press via AP, File)

DETROIT (AP) — The murder conviction of a man who was accused of setting a fire that killed five children in suburban Detroit could be in jeopardy years later after a new prosecutor said Friday that she's “gravely concerned” about tactics used by her office.

Separately, McDonald announced an investigation of any case related to those informants.

“Fairness and transparency are paramount,” McDonald, who was elected in November, said in a written statement. “We must always do the right thing, even if it exposes our own office, even when it’s not easy.”

Deering, 50, is serving a life sentence for murder in the deaths of five children in a house fire in Royal Oak Township in 2000. Authorities at the time said the fire was revenge for drug debts, though Deering repeatedly declared his innocence. No one could identify him as being at the house.

The Innocence Clinic at University of Michigan law school had sought a new trial for Deering, arguing that the fire analysis was based on “junk science,” but it wasn't successful in the state's appellate courts. McDonald, a former judge, said problems with the informants emerged during her review of the case.

She said the informants had charges dismissed or sentences reduced based on their cooperation. Greg Townsend was the assistant prosecutor who prosecuted Deering. He's now a Michigan assistant attorney general and part of the team handling an alleged kidnapping plot against Gov. Gretchen Whitmer.

“As prosecutors, we have an ethical duty to disclose information that bears on the guilt or innocence of the accused," McDonald said. “We also have a duty to disclose to juries what, if anything, an informant was given in consideration for their testimony. Based on the evidence I reviewed, I am gravely concerned that this was not done in the case against Juwan Deering.”

Townsend was “reassigned from his docket” after the attorney general's office was informed about developments in the Deering case, spokeswoman Lynsey Mukomel said.

“The evidence here is truly overwhelming,” said Imran Syed, an attorney at the Innocence Clinic. “We plan to present the prosecution with legal pathways for Mr. Deering’s release and it is my hope that we will be able to reach an agreement.”